Unwilling to hang up my boots just yet, I was lucky enough to play in another Asian Championships with the Philippine Eagles.
This years event took place at the Harrow International School in Bangkok, Thailand and was superbly organised and run by the Thailand Tigers .
One of the biggest features of this years event was the introduction of divisions. The 2 completely separated groups allowed the smaller or emerging footy playing countries to play off for a title leaving the more established clubs to fight it out for the division 1 title. The Laos Elephants were victorious in the second division, while the Hong Kong Dragons prevailed in the premier division. 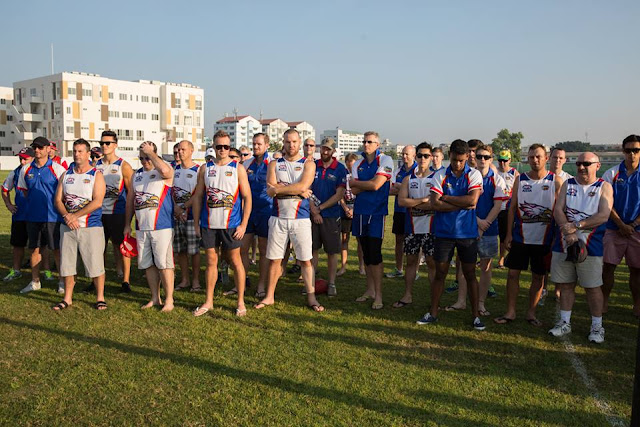 The Philippine Eagles finished with a 1 & 3 record for the day with 2 of those loses by under a goal. The narrow loss against eventual finalists Malaysia Warriors included an after the siren goal by the eagles which was disallowed.  But football is a game of heart breaking decisions and although we didn't make the semi finals, we were exceptionally competitive in all games. 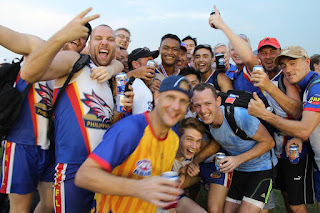 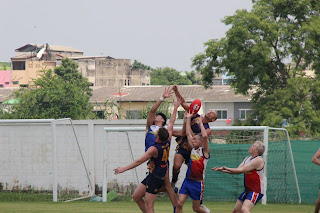 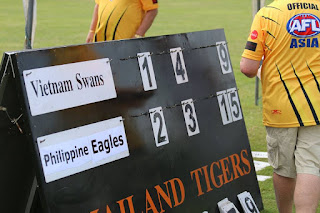 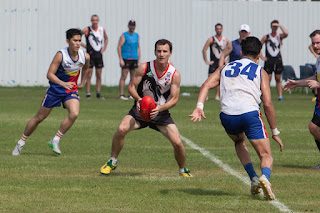 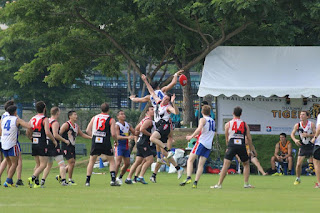 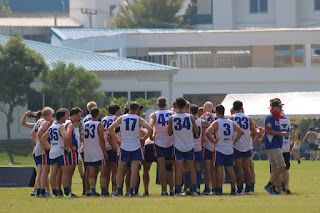 Next years championships are in Vietnam and I already know it will be difficult not to be tempted to play again with the Swans hosting. Gotta love footy in in Asia.