This was the first full weekend boot camp I had run alone and I knew the 18 participants would have a wide range of fittness levels. So I attempted to prepare a balanced programe which could be achieved by every single person.

We met for our warm up on a very pleasant beach near the base of Mary steps. This was the first session to introduce the main warm up exercises we would repeat for the rest of the weekend (later with weight) which included 21-15 -9 Pushups, Sit ups, Hollow man, Squats and Lunges. 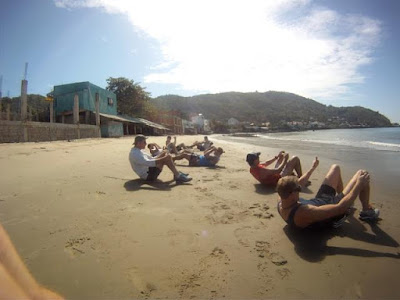 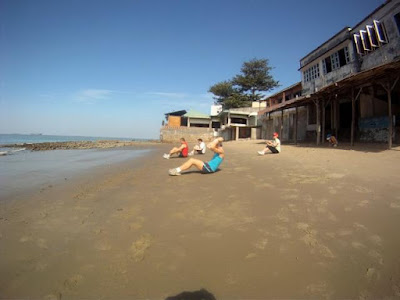 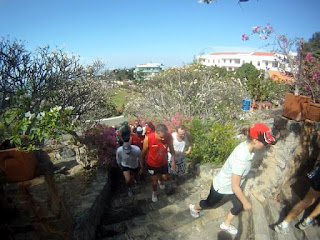 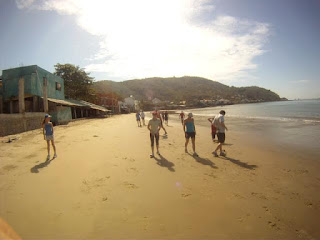 After the warm up local girl Meg took off like a shot up the stairs and we all followed. This is at least 1000 steps. It gets very irregular and very steep at the top section. It’s a great lung buster. 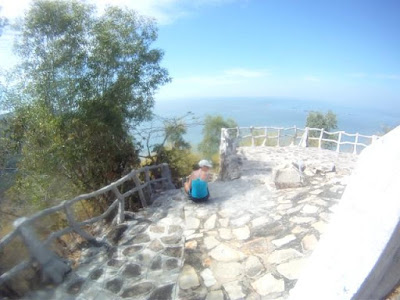 Following the descent of the Mary steps the most grueling hour and half of the weekend took place. An 8km run (in hot conditions) from Mary to Jesus thru the streets of Vung Tau – then up the steps at Jesus! This was a very satisfying session for me as I knew this was our longest of the weekend (2.5 hours all up) and it was important that most people got through it. Actually everyone did! Great effort! 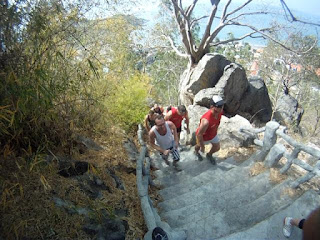 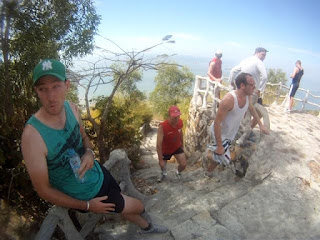 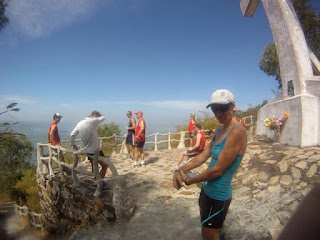 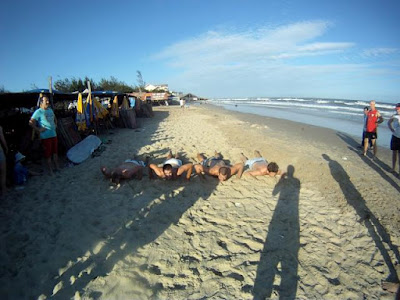 The second session kicked off around 4pm Saturday at the back beach with a repeat of the mornings warm up – with the addition of weight. Players were made to fill a carry a sand bag each, and depending on each persons understanding of the metric system, the bags weighed between 8 and 18kg.  21-15-9 Push ups, Sit ups, Hollow man, Squats and Lunges.
The next event was the flags. Some inspirational efforts saw unlikely competitors go through to the finals, none more unlikely than Bill Crang who ousted (my selection as favorite), Dukesy, to make the final 3 and redeem himself from his morning effort up the stairs! However the fairy tale wasn’t to be for Bill and a final between Evo and Dave ended in controversy with Ryan tackling Dave half way down the track and putting his win under a spot light. The first ever swans flags championship title remains unnamed. A draw was called.  (See video of the semi final below) 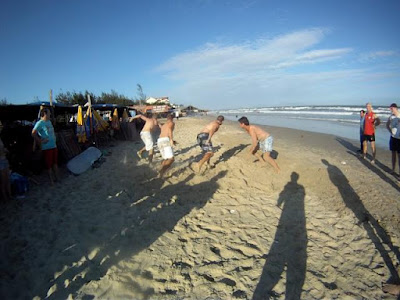 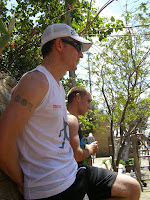 See the Vietnam Swans websites for full results, more details and all the fines and awards for the entire weekend! 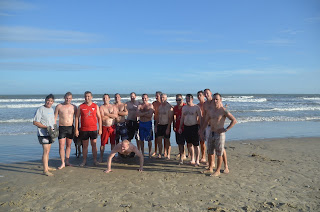 All in all it was an amazing weekend!  Here are some Stats to prove it: 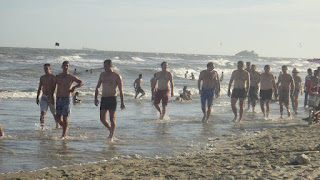